Edit
watch 02:07
Spider-Man: No Way Home Trailer Dropped - The Loop
Do you like this video?
Play Sound

The Paradise
Season 3 is the third and final chapter of the German science fiction thriller Netflix original series Dark.

Filming began in July 2019 and concluded by year's end, prior to the coronavirus pandemic.[1] All eight episodes premiered on June 27, 2020,[2] corresponding to the in-universe date of the Apocalypse.

The third season was announced by creator Baran bo Odar on his personal Instagram on May 30, 2019. He revealed that they would begin filming "in 4 weeks" so it could be released in 2020.[1]

As relayed in a Hollywood Reporter article on June 26, co-creator Jantje Friese again wrote all eight episodes, with Odar directing and Nikolaus Summerer returning as cinematographer.

Odar announced on May 14, 2020 on Instagram that work on Season 3 was completed. He followed with two images of the cave on May 20, and on May 22, the official Dark Instagram account posted three sets of images captioned "Dark. The final season. Everything is different, yet the same":

Netflix followed with a teaser trailers in German and English on May 26, 2020, also announcing the official release date of June 27, 2020. A full trailer was released on Friday, June 12, 2020. The synopsis reads

"In the third and final season, Dark reaches its mind-bending conclusion, moving beyond the concept of space and time. Upon arrival in a new world, Jonas tries to make sense of what this rendition of Winden means for his own fate, while the ones left behind in the other world are left on a quest to break the loop that now not only bends time but also space. Two worlds. Light and dark. And in the center a tragic love story of epic proportions." 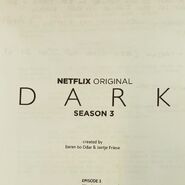 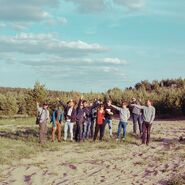 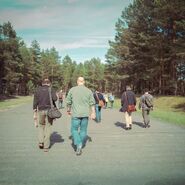 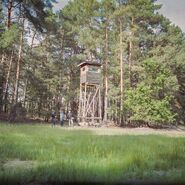 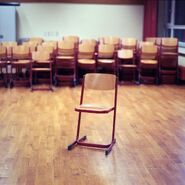 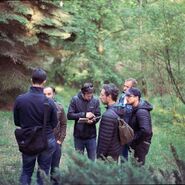 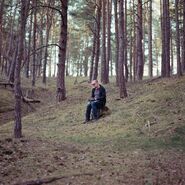 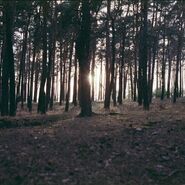 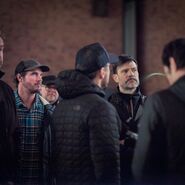 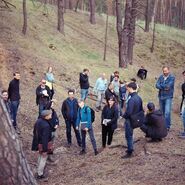 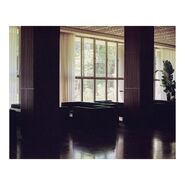